Sometimes to spare us pain or punishment. Other times to save someone else pain and so we told a white lie.

But when people in your life make a habit of lying, when your relationship—romantic, friendship, or maybe at work—is infested with lies, then the situation is different.

Then maybe it’s time to have an open conversation with them. Or if that doesn’t work (or you’re way beyond that), spend less time with that person. Or cut them out of your life altogether.

In this post I want to share the most helpful and strongest liar quotes and lying sayings.

To help you deal with dishonesty in a smarter and healthier way and not get drawn into endless struggles, self-loathing or anger and depression that undermine you and your hopes and dreams.

“I’m not mad that you lied to me, I’m mad that I can’t believe you from now on.”
Friedrich Nietzsche

“The betrayal caused by a perpetual liar is a tremendous trauma as he repeatedly commits psychological abuse.”
Cathy Burnham Martin

“I don’t demean anyone, but a liar and a person who doesn’t keep his word has no value in my eyes.”
Ehsan Segal

“Lies ring like facts to those who have been conditioned to misread the truth.”
Dashanne Stokes

“The only thing worse than a liar is a liar who is also a hypocrite!”
Tennessee Williams

“Lies are like cockroaches, for every one you discover there are many more that are hidden.”
Garry Hopkins

“Over time, all deception destroys intimacy, and without intimacy, couples cannot have true and lasting love.”
Bonnie Eaker

“I appreciate people who tell me the truth in a gentle way—even when it’s hard to say.”
Karen Salmansohn

“To distinguish good from bad, study a man’s or woman’s action history, not their record of intentions.”
Susie Kassem

“A liar is a liar and lives by the lies he tells and dies a life of lies.”
Karl Sandburg

“Be careful… not all are what they seem. Some people pretend to be the beach but they are really quicksand.”
Steve Maraboli

“I don’t hate liars. I just disrespect them because they don’t respect themselves at all.”
Revaz Eristavi

“Some people are in such total darkness that they will burn you just to see a light. Try not to take it personally.”
Kamand Kojouri

“A good liar knows that the most efficient lie is always a truth with a key piece removed.”
Carlos Ruiz Zafon

“People do not lie to pollute the truth. They lie to soil their hearts.”
Munia Khan

“When people cheat in any area, they demean themselves – they threaten their own self-esteem and their relationships with others by undermining the confidence they have in their ability to succeed and be truthful.”
CherylHughes

“Sociopaths have lifelong patterns of deception for personal gain. They lack remorse and empathy, and are magicians at rationalizing away how they hurt and abuse others.”
Gary Klein

“You can’t always expect people to apply your wisdom when they haven’t applied wisdom before finding themselves knee-deep in their version of justice.”
Shannon L Alder

“For a liar, the person who picks up lies but doesn’t say anything about them is the most dangerous person. Then the liar is not sure which lies are compromised.”
Jess Ball

“The fact that so many successful politicians are such flagrant liars reflects not only on them, but on us as well. When people want the impossible, only liars can satisfy.”
Thomas Sowell

“Outright lies, small lies, giant lies, and lies of omission…these are all self-serving and sources of self-destruction.”
Cathy Burnham Martin

“No human being has enough memory to be a successful liar.”
AbrahamLincoln

“Any violation of the truth is not only a kind of suicide for the liar, but a stab in the health of human society.”
Ralph Waldo Emerson

“Even the smallest deceit is dishonorable if used for selfish or cowardly reasons.”
Jeanne Birdsall

“Someone said there is no such thing as an honest man. He was probably a scammer.”
Frank W. Abagnale

“Once a country gets used to liars, it takes generations for the truth to come back.”
Gore Vidal

“We all have defining moments. In these moments we find our true characters. We become heroes or cowards; fortune tellers or liars; we go forward or we go backwards.”
Robert Kiyosaki

“If your ears hear one thing but your eyes see something else… use your brain.”
Frank Sonnenberg

“People lie, cheat and bully each other and then wonder why they are unhappy.”
Martin Rubin

“Half the people lie with their lips; the other half with their tears.”
Nassim Nicholas Taleb

“The ability to lie, coupled with irresponsibility, has created a near-infinite amount of liabilities.”
Justin K McFarlane

“Stop falling for those who won’t lift you up in the future.”
Michael Bassy

“Corrupt men are always liars. Lies are their instruments, their pleasure, their comfort. Over time, they believe their lies, or rather, they only half believe them.”
Robert Payne

“Anyone who says they’re a good liar obviously isn’t, because any legitimately skilled liar would always insist that they’re honest about everything.”
Chuck Klosterman

“For the lying soul there is nothing worse than the mirror of reality.”
Steve Maraboli

“Liars are always ready to take an oath.”
Vittorio Alfieri

“The really frightening thing about undetected lies is that they can belittle us more than exposed lies.”
CherylHughes

“You can criticize me. you can crucify me you can love me you can hate me Just don’t make the mistake of calling me inauthentic, because you’d be a fucking liar.”
Stephen A Smith

“Loving words are just a bunch of pretty verbal decorations if they aren’t backed up with loving deeds.”
Karen Salmansohn

“I don’t know how anyone can tell so many lies without feeling bad about it.”
unknown

“Men are liars. We lie about lies when we have to. I’m an algebra liar. I think two good lies make one positive.”
Tim Allen

“Truth is as straight as an arrow, while a lie twists like a snake.”
Susie Kassem

“Hope is the only universal liar that never loses its reputation for truthfulness.”
Robert Green

“One lie has the power to stain a thousand truths.”
Al-David

“The trust of the innocent is the liar’s most useful tool.”
StephenKing

“Liars are the cause of all sins and crimes in the world.”
Epictetus

“Anything is better than lies and deceit.”
Leo Tolstoy

If you liked these liar quotes and lying sayings, share them with a friend or family member on social media or email.

Do you want even more motivation and help in coping with difficult situations? Check out this post for quotes on removing people from your life and this what to do when you are fed up and tired. 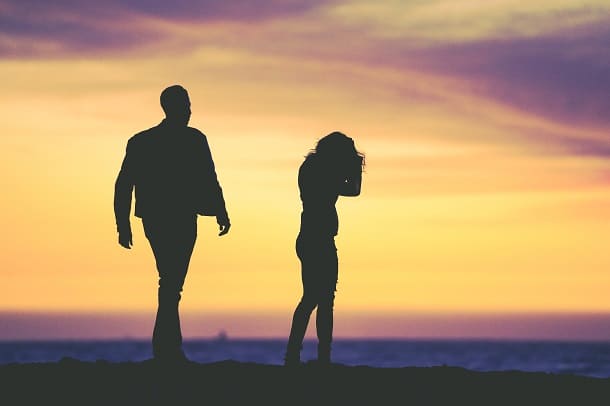 Dominance and submission: a guide to dom/sub dynamics

Queen’s Piper plays the bagpipes at the funeral

In high-profile raids, Zelensky demonstrates his will to fight corruption